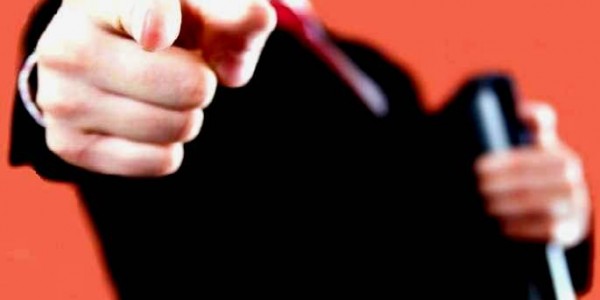 Assumption is at the heart of

many conflicts and fights in

which we can find ourselves.

What real evidence do we have

to support our notion?

The difficulty with assumptions is that we can

believe them to be true. We make assumptions

about what other people are doing or thinking

and take them personally. Then we blame them

and respond with emotional poison in our words.

That's why, whenever we make assumptions,

we're setting ourselves up for difficulties.

Because of assumptions, even the

best relationships are impaired, if

assumptions can lead to disaster!

The cost for assuming the good, bad, or ugly can

become a painful circle of misery for all involved.

Have you ever formed negative opinions

about a person or a circumstance based

on information you thought was correct,

but later learned to be incorrect?

Our assumptions are the facts we accept without

examination. We should always be skeptical of

our preconceptions. We take our intellectual

A huge percentage of us are operating on faulty

assumptions. Assumptions are generally the

source of, disillusionment, frustration and

which can lead to incorrect actions... and major

There may be miscommunications between

people... and side-liners will, occasionally,

hit the ground running with this sizzling bit

of news. They are eager to accept what they

This is especially true when we do not pause to

Many disagreements and clashes start with

judgments. It just takes a minute for ridiculous

or a tiny clique can spread these false perceptions

Then, there are those who are known to exaggerate.

Before the news gets old... things pour on, either

inadvertently or on deliberately, and the situation

evolves into a conflict.

These clashes and conflicts dilute and/or nullify

any good that may have existed prior to the

The narrative of Job is a typical example

of reaching the erroneous conclusion based

incorrectly by assuming that Job's suffering was

caused by his sin or disobedience to God.

Rather than consoling Job, his friends condemned

him. They thought Job needed to be corrected

Who needs adversaries when

Job's buddies assumed... they knew what

was going on with him. They assumed... that

everyone received what they deserved. They

expected there would be no exceptions. They

assumed... that if Job trusted in God, his

But, according to the first few chapters of Job,

Our assumptions are the

We don't examine our assumptions for

We put the cart before the horse and act

on what we find as interesting...

When something we believe to be true turns

out to be erroneous, we reach incorrect

lead to incorrect acts. Our bad deeds can speak

May the refinement and cultivation

of our own lives keep us so busy

that we never have time to criticize

or assume the worst in others.