What the devil intended for our harm...

God will use "Job shaming"

to catapult us to greater heights.

When we love what we do... we will make

sacrifices. Others may not understand, but we

know that even the most agonizing suffering is

used for good by God.

We believe even the most heinous events

We believe some of the richest, fullest,

and most fruitful lives are those lives that have

been in the crucible of testing and tribulation.

We believe that life's hardships and troubles

are not intended to impede our progress,

but to catapult us to greater heights...

allowing us to press past our issues, focus on

and embrace the life lessons learned,

and remain aligned with God's Will.

We must keep the faith... press and carry on. 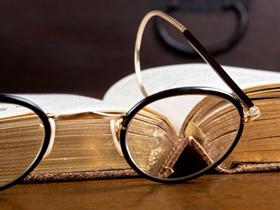 As a 13-year-old, Lithonia, Georgia  resident Stephen Stafford II can usually be found sitting in front of the television playing video games or playing his drum set. But Stafford is no typical 13-year old  he's a college student. The triple-major child prodigy is becoming a sensation at Morehouse College.

I've never taught a student as young as Stephen, and it's been amazing, said computer science professor Sonya Dennis. He's motivating other students to do better and makes them want to step up their game.
When I saw how much knowledge Stephen has at such a young age, I wondered what I had been doing with my life, laughed third-year student, Eric Crawford. A psychology major and computer science minor, Crawford wanted to step up his game so much that he got Stephen to tutor him. Even though I'm older, Stephen is like a mentor and my elder in computer science, said Crawford.
Even at age 11 when Stafford started at Morehouse,
he got the highest score in his pre-calculus class. He breezes through whatever I throw at him. If it's an hour lab, he can do it in 20 or 30 minutes, said Dennis.
Stafford said he isn't nervous about studying with students much older than himself. I just do what I always did. I show up, I do the work, and I go home, he said.
Stafford's mother, Michelle Brown-Stafford, home-schooled both her children (Stephen has an older sister also in college) and believes that parental involvement is essential for students to excel. But when she realized her son was starting to teach her instead of being taught, she knew he needed to be in a college environment.
It was surreal because on one hand he's talking about technical things I didn't even understand, and on the other hand he was asking me to come watch Sponge Bob with him. So it was bittersweet to let him go.
Brown-Stafford wondered if there were other parents who shared her experiences with a gifted child, so she helped found a support group.

The Morehouse family has become a support group for Stafford , personifying the African proverb about it taking a village to raise a child. Stafford is too young to stay on campus, so his mother picks him up and drops him off each day. The students protect him and make a point not to curse or discuss certain mature issues around him, according to his mother and Stafford . Even the staff of Jazzman's Café, where Stafford tutors Crawford, helps nurture Stephen into becoming a Morehouse Renaissance Man well-spoken, well-dressed, well-read, well-traveled, and well-balanced.The cafe's general Manager, Darren Page, added an unofficial principle: well-fed. A Morehouse Man cannot study on an empty stomach, said Page. So whenever Stafford comes to Jazzman's, Page gives up his own employee meal for the 13-year-old.It seems that everyone wants to be a part of helping Stafford graduate in 2012, and go on to Morehouse School of Medicine. And because of a Georgia law that requires a student to be 16 to graduate high school, he'll be getting his high school diploma the same year he receives his college degrees in math, computer science and pre-med. Kids will live up to your expectations. But I ultimately want Stephen to be happy, said Stephen Stafford Sr. Brown-Stafford added, I want him to be well-rounded and still connect with kids his own age, so we put him in DeKalb County's 4-H Club and other programs. She added that she's thankful to the Morehouse family for embracing her son. I want to see what Stephen becomes 10 years from now,? said Crawford. Page added, I want to be at his graduation. And then I want to walk by and touch the [campus] statue of Dr. Martin Luther King and recognize I had a role in [Stephen] walking in Martin Luther King's footsteps. And how fitting, since Dr. King entered Morehouse at age 15. So to put a spin on Dr. King's I Have a Dream speech, Stephen is being judged by the content of his character, not by his age.